When Diane Palmer is kidnapped, the Phantom is forced to play Prince Ragon's deadly game. Can he make it through the Prince's seven deadly traps, save Diana and put an end to the game? Writer Bill Harris and artist Bill Ligante unveil this tale of the 16th* Phantom in Gold Key's "The Phantom" issue #1 from 1962. 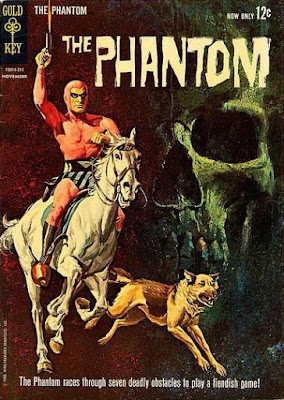 In the highlands of Bengali, a hunter named Gil faces off against a lion (armed with just a knife and spear) while another man watches via telescope. Just when it looks like Gil is about to become dinner for the ferocious feline, the Phantom arrives on the scene! 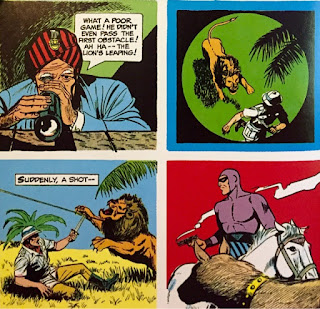 The hunter quickly explains that this was part of a game, organized by Prince Ragon. If he had succeeded in completing seven obstacles he could have won a million in gold! Before they can discuss things further Ragon's guards approach and declare that both men are under arrest. The Prince has taken exception to the way things have played out. The Phantom not only ruined his game, but also killed his lion on his land. One of Ragon's men explains he's an old man, with few pleasures left in life. So he chooses to spend his time and wealth organizing these games. The players (victims) can have whatever they want, gold, diamonds, women...and all they have to do is complete his challenges. The only possible way to reconcile things is for the Ghost Who Walks to play the Prince's game...but of course, the Phantom refuses. In a flurry of action the Phantom takes out Ragon's guards and escapes with Gil.

Impressed, the Ragon now MUST see him compete and if he won't do it willingly, they'll force him by holding something...or someone dear to him as the prize. After sending agents out to find out everything they can about the Phantom, they settle on his love...Diana Palmer! However, when they try to kidnap her, they find she's not a defenseless damsel in distress, as she easily fights off her attacker.

Their second attempt, grabbing her while she water skis, is a success and in no time the Phantom is aware of the stakes. 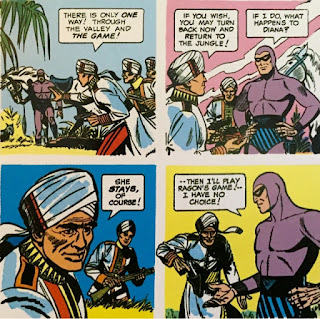 First he must face down a tiger, like Gil armed only with a knife and spear. Then he must pass a crocodile infested stream. Quicksand and giant hawks come next, and with each new challenge the Phantom impresses Ragon with his strength and cunning. The fifth obstacle, an armored knight on horseback, then a wall of fire and finally scaling a sheer rocky cliff. With all the feats completed the Phantom approaches Diana, only to have Ragon change the rules and order his men to take out the hero. 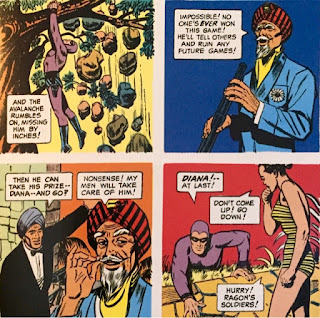 Before they can though, the Ghost Who Walks grabs the Prince and orders the men to drop their weapons...and they obey. It seems none of them were fans of Ragon and suggest that maybe as punishment HE should be forced to play his own game!

There you have it. Gold Key's first Phantom adventure. Gorgeous art, and when I say that I mean Ligante's interiors and the beautiful painted cover by George Wilson. Ligante had previously worked on the Phantom newspaper strips, allowing him to hit the ground running here. Harris' story is true to Lee Falk's original tales, fun and full of adventure. Honestly, if not for the fact that we know this was produced in the 1960's, there's nothing about this story that makes it seem dated. I'd be happy (maybe more than happy) to read this in my Sunday paper, or pick it up off the shelf of my local comic store today!


*The final page of the comic is a recap of the Phantom's origin. It identifies the 'current' Phantom as the "16th of the line." 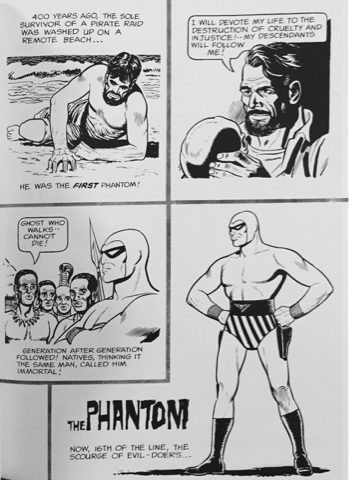