Ever since the first time I was inspired by the fan casting done by Ryan Daly at Flowers & Fishnets and Count Drunkula's Thought Place and Diabolu Frank at Idol Head of Diabolu, I've wanted to do another...and this time I wanted to do something a little different...comedy! 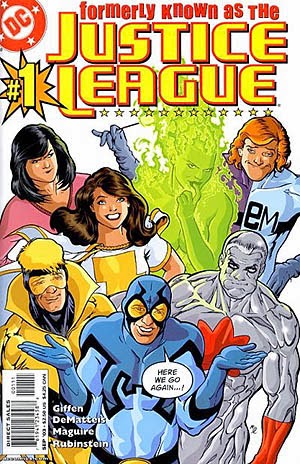 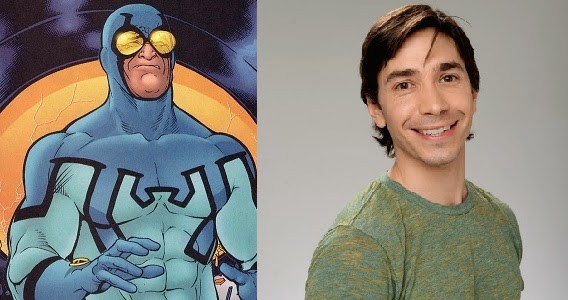 I know last time I said James Roday would make the perfect Blue Beetle...and he would, for the story I had in mind then. For the "Super Buddies" though...I'm going with Justin Long! Why? Well to me, he looks more "animated"...I also think he'd be better suited for the humor of this kind of story while still maintaining a level of sincerity...I'm thinking one of his earlier roles in the movie "Accepted" 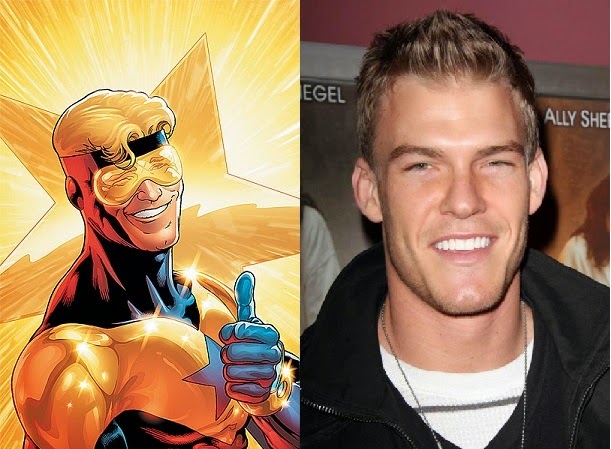 Sure he was Aquaman on "Smallville", but he also played college football player "Thad Castle" on the hilarious series “Blue Mountain State”. As Thad he was sometimes goofy, and always cocky, as the linebacker and team captain. Booster? Future college football star for the Gotham University and "Bwahahahaha" JLI buddy to Blue Beetle...coincidence? I think not!

Captain Atom should be a leader, a tough guy (c'mon...in DC continuity he's ex-military), and in the JLI/Super Buddies he'd be a straight man to the antics of Blue and Gold. Plus he has the experience he'd need for the role. On "True Blood" Skarsgard plays a leader, a sheriff, among the vampires, and in HBO's mini-series "Generation Kill" he played a Marine Sergeant. 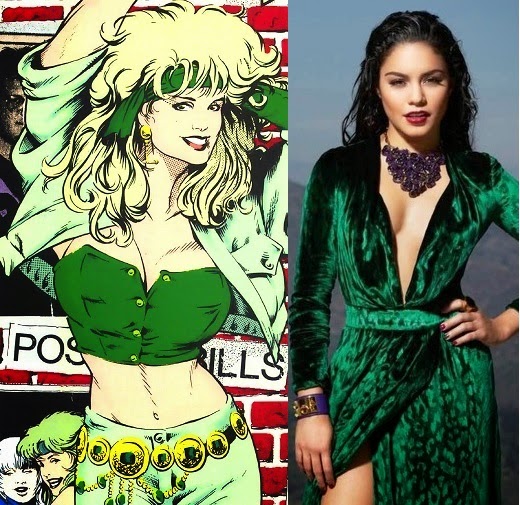 Beatriz da Costa aka Fire, is former model and former member of the Global Guardians. Vanessa Hudgens is a former child star...and looks really cute in that green dress! Seriously though, I've seen several of her films and have to say (as I'm sure some reader are thinking "The girl from 'High School Musical'?! Seriously?!") she's not a bad actress! Plus, she's already played a superhero...sort of...in "Sucker Punch". 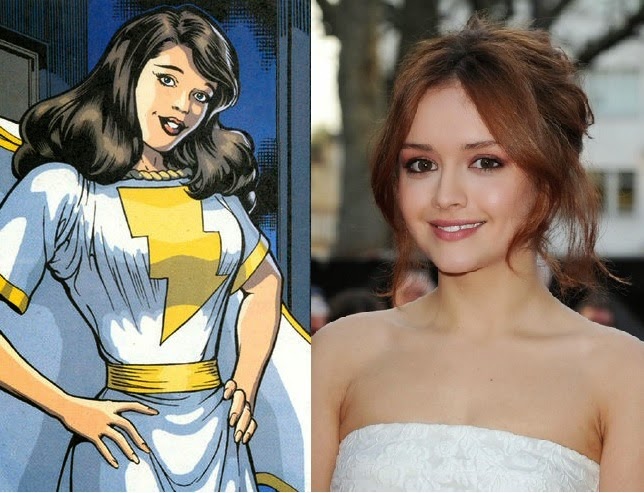 Who do you cast as Mary Marvel? An all-American, wholesome looking girl-next-door type...Olivia Cooke looks the part...but is actually British. And her other acting credits? the horror movie "The Quiet Ones" and the TV series "Bates Motel" (based on the film "Psycho"). Still I think she'd be the perfect Mary Marvel! 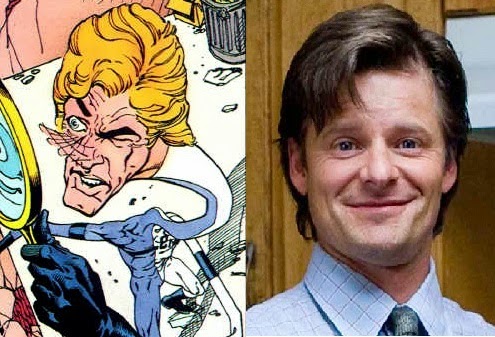 A lot like Blue Beetle/Justin Long, I needed someone that could play funny and sincere, only a little bit older...enter Steve Zahn. I've been a big fan since seeing him in "That Thing You Do!" and think he'd be perfect for the role of Ralph Dinby, the Elongated Man! 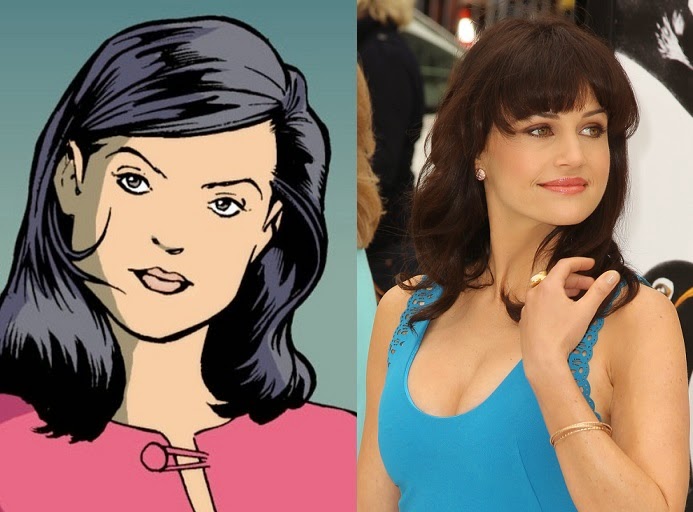 I think Carla Gugino is beautiful! If you look at her credits on IMDB she's played in everything from kids movies like "Spy Kids" to more dramatic/action fair like the series "Justified". It's the variety of her roles and a certain, hard to identify, down to earth quality that make me think she'd be a good Yin to EM/Zahn's Yang. 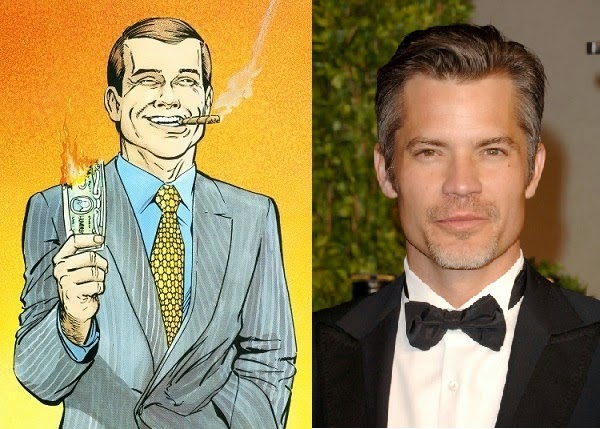 Speaking of "Justified"...Timothy Olyphant is amazing on that show. Cool, confident, calculating...who else is like that? Max Lord! "But, can he be funny?" you ask? Check him out in "The Girl Next Door" 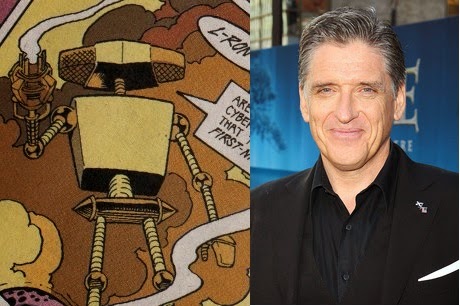