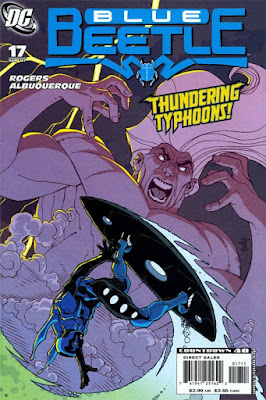 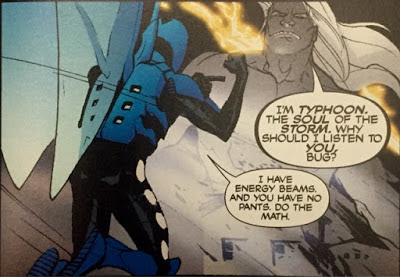 This is it Beetlemaniacs, the end of DC's 1986 "Blue Beetle" run! We've had joy, we've had fun, we've had seasons in the sun...but this is it! Len Wein, Don Heck and Danny Bulanadi are back for the final issue, #24, and as we saw last issue, Carapax is here to make sure Ted gets the send off he deserves in a story called "If At First You Don't Succeed...!" 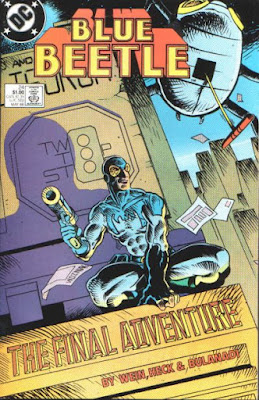 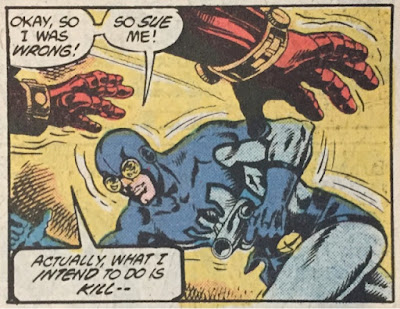 Following on the heels of "DC Universe: Rebirth", and "Blue Beetle: Rebirth" comes "Blue Beetle" #1! That's right Beetlemaniacs, Jaime and Ted are back! In fact, as the first page banner declares "Jaime Reyes: Reluctant Wielder of the Power of the Blue Beetle Scarab. Ted Kord: Billionaire Industrialist and Sidelined Superhero. Together They Are The Blue Beetle...Whether They Like It Or Not." Keith Giffen and Scott Kolins are back with a story called "Deja Vu Blue" 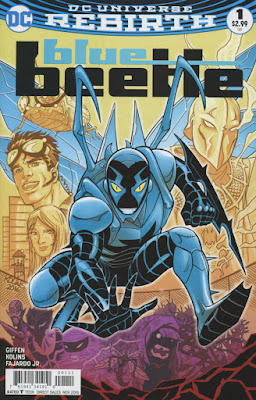 Yes, Beetlemaniacs, it's time once again for a Golden Age Blue Beetle adventure! In the final of 4 stories from issue #8, the Blue Beetle takes on Gagon, who's holding the city hostage with his explosive device! 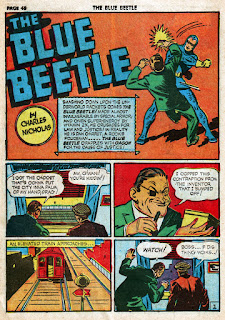 It's time for another thrilling Blue Beetle: 1st Thursday this month with Rod Reis! This is another piece I stumbled on over at ComicArtFans...and would you look at it? It's truly a work of art! 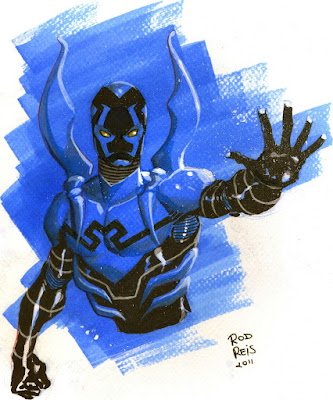