Spoilers ahead...you have been warned!

Today, DC released Dan Jurgens' "Futures End: Booster Gold" one-shot. "What does that have to do with the Blue Beetle?" you ask. Well, the entire issue is basically Booster Gold being bounced around from time to time, and Earth to Earth. And two of those times he stops at involve two of our favorite Blue Beetles!

Early on, Booster finds himself witnessing the events of the final issue of the New52's Justice League International. Where we get a quick glimpse of Jaime Reyes, drawn by Will Conrad. 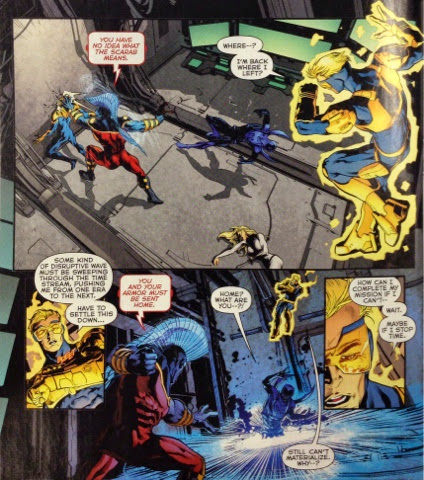 And later, on what appears to be Earth-4, the Charlton Comics based Earth in DC's Multiverse, we get this appearance of good ol' Ted, with art on this segment by Stephen Thompson and Mark Irwin. 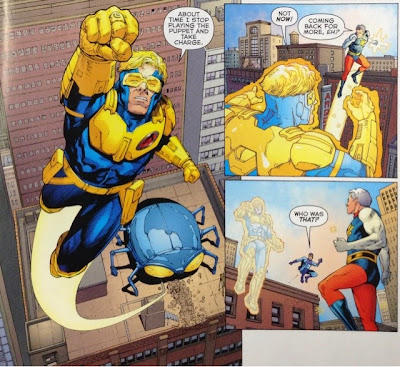 I know...it's way too brief an appearance, but it's Ted Kord! The Legion also made a return in the issue (shameless plug for the other blog I work on here!) What does it all mean? That remains to be seen but in my opinion it's good to see Booster, Beetle and the Legion back in action!