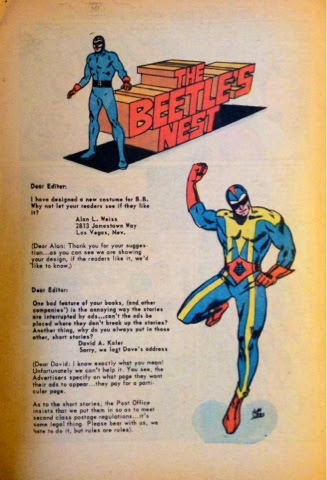 Now I did some digging and according to Christopher Irving's awesome "Blue Beetle Companion" this is Alan Lee Weiss who's worked for Marvel and DC on numerous titles as a writer and artist since the early 70's!

At that point Alan wasn't familiar with the Golden Age Blue Beetle, or the fact that Charlton's Blue Beetle was modeled on the original's look, he was just looking to spruce up what he felt was an otherwise dull look.*

He revisited the idea in 2006, with this design. 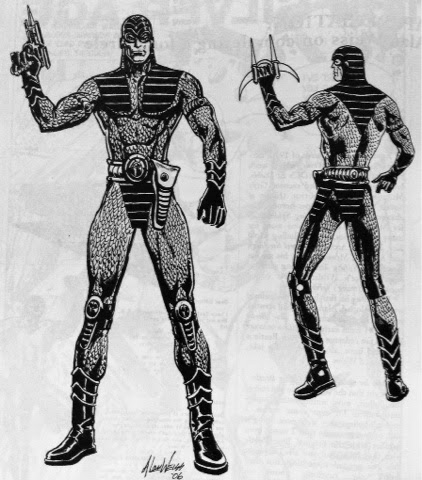 Of this look, Alan said he was aiming to combine all the elements of the character at that point, the chain mail suit, the Egyptian motif (expanded beyond the scarab to now include a Egyptian styled headpiece).*

Very cool! I particularly like the 2006 design myself, and would love to have seen Dan Garrett return to comics with that look!


*I tried searching Facebook and Twitter, along with a couple other web searches but can't seem to find any contact info for Mr. Weiss, so this info is per the previously mentioned, "Blue Beetle Companion". If any one knows how to get in touch with him, drop me a line at kordindustries2013@gmail.com
Posted by Unknown at 3:30 AM