"Smashing down upon the underworld rackets comes the Blue Beetle...made almost invulnerable by special armor, and given super-energy by vitamin 2-X, he crusades with hard-hitting fists for law and justice...in reality he is Dan Garret...rookie police man"
Yes, Beetlemaniacs, it's time once again for a Golden Age Blue Beetle adventure! In the third of 4 stories from issue #8, the Blue Beetle is on the case of miniature paintings, maps to hidden gems...and murder! 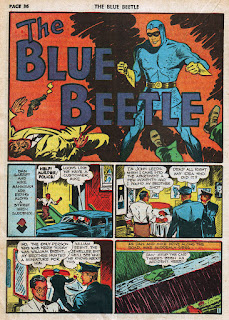 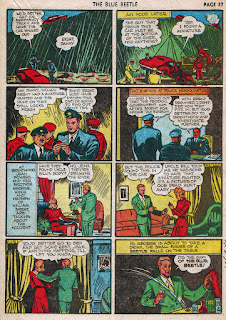 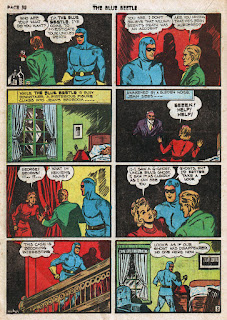 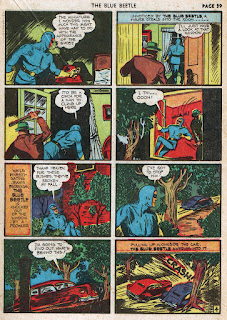 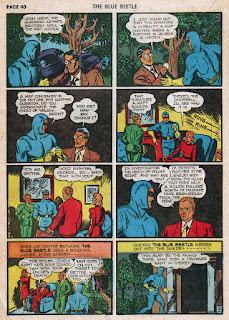 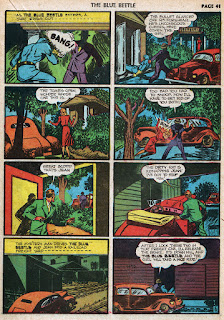 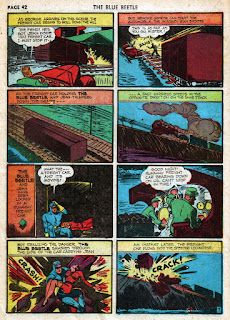 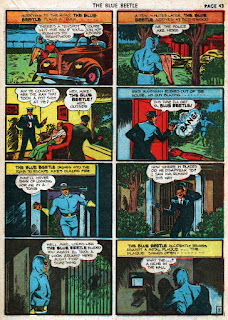 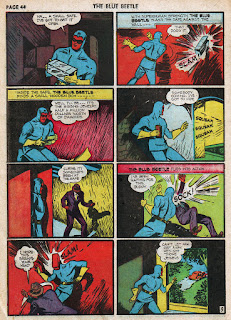 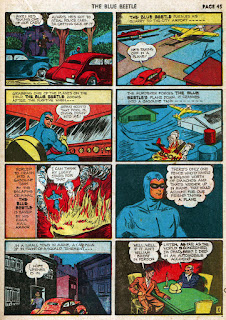 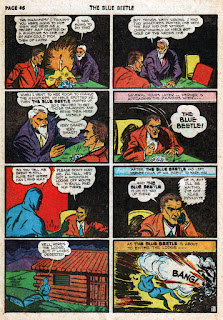 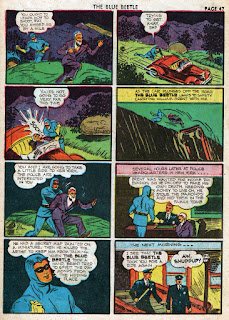