Ok, after looking back at some of the Charlton Action Hero ads, I decided there really should have been some Mego-style Blue Beetle figures. There weren't though, so what could I do? Well, how about try my hand at my first ever custom Mego?

First, I reached out to Anthony Durso of the awesome Toyroom! Anthony makes custom and repro packaging for Mego figures. I told him what I needed and within a few days he sent the pic below, and within the week I had the boxes themselves! 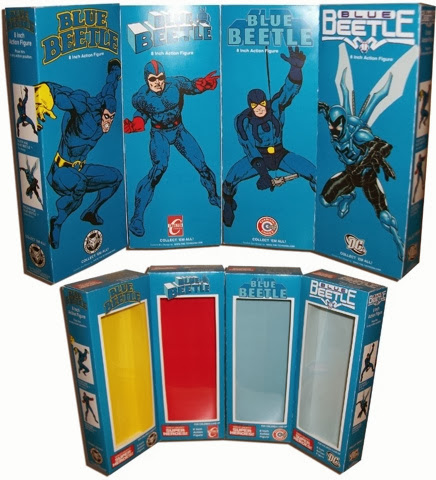 Since it's usually best to start at the beginning, I picked Golden Age Dan Garret as my first attempt. I figured for the first go round he'd be fairly simple...I mean it would really just come down to assembling parts, right? Dan #1 basically wears a blue hooded tunic, over blue tights, yellow gloves and belt with a domino mask. 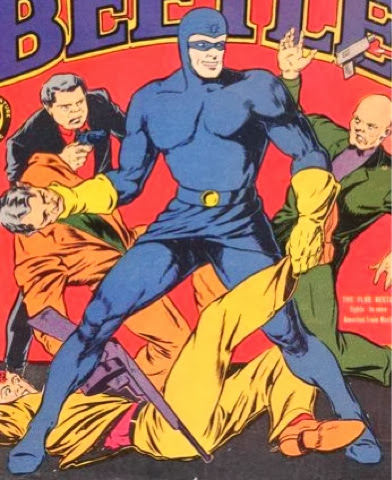 I started by collecting some parts from http://www.classictvtoys.com 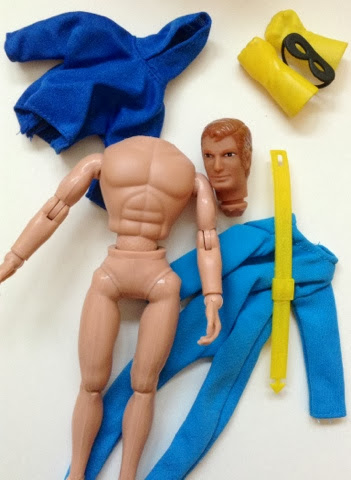 Now, based on the pics on the website, I thought the body suit and the hoodie would have been a closer color match, but I still think it may work. I started by attaching the head (chosen because it looked enough like the 1930s illustrations of rookie patrolman Dan...until I remembered he was a redhead!) to the torso. Next, I pulled on the body suit and slipped on the domino mask. When it came time to pull on the hoodie though I realized the mask needed to come off, at least briefly. 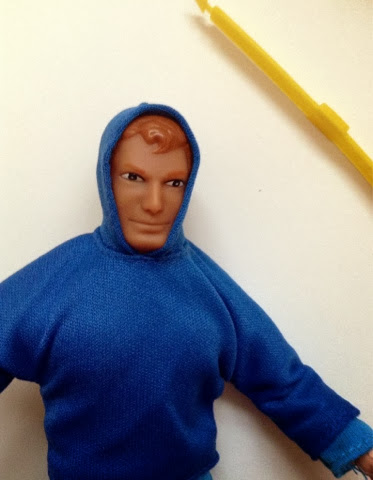 Originally I'd planned to hide the straps of the mask UNDER the hood, but it kept slipping when I pulled the hood over the head or tried adjusting it as I put it in place. So I went OVER the hood instead. 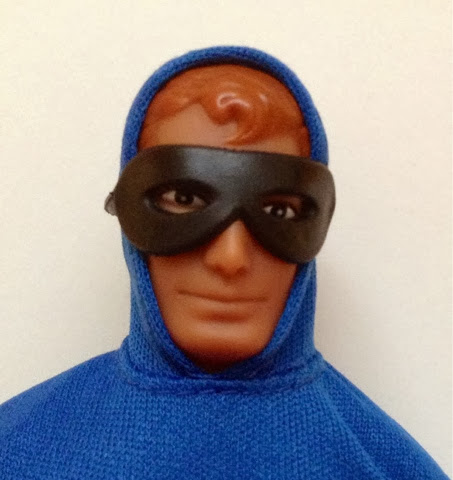 Once that was done all I had to do was slip on the belt and gloves...and ladies and gentlemen...a Beetle! 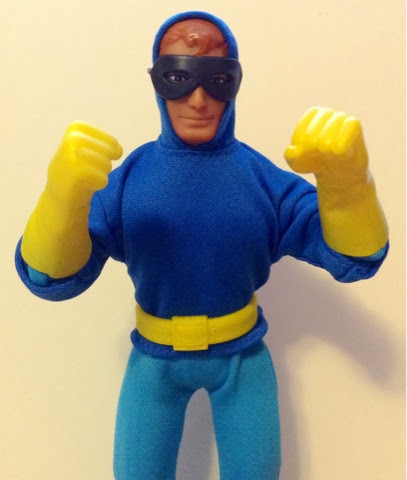 Ok, I admit, it's a little rough around the edges. His hair is peeking out from under his "mask", the hoodie/tunic isn't long enough to really nail the look, and the blues definitely don't match.
That said, there's a reason I labeled the post v 1.0. I plan to learn from this and try again. I still like the hoodie/tunic idea, but I think maybe a bald head would work better under there. I think without hair the hood will sit better on the head, and might even give me a little extra length on the tunic. I want to match the blues of the two pieces a little better too, and I need to add a scarab to his belt. So...what's next? Well, maybe a "rookie patrolman Dan Garret" or "archaeologist Dan Garrett"? Maybe I use the blue body suit to make a Silver Age Dan Garret/Blue Beetle? Hopefully I learn a few things along the way. I mean I think I'm going to need all the help I can get to make a Bronze Age Ted Kord, or Modern Age Jaime Reyes...won't that be cool? A whole set of Mego-style Blue Beetles!

Anyone have any experience with these types of custom figures? Tips? Suggestions? Feedback on this is definitely appreciated!