Curse of What The Kaji Dha Wednesday!

A year or so ago one of my friends turned me on to the work of Doug TenNapel by giving me a copy of "Creature Tech" with the promise that I'd love it. He was right, it was great! It had zombies, sci-fi worthy of the X-Files, and even a giant praying mantis using the toilet...but it also had heart. I eagerly went to my local comic store, owned by the same friend...so maybe there was an ulterior motive, lol...to see what else I could get my hands on. Over the next few months I read "Ghostopolis", "Flink" and "Cardboard"...and they all had the same heart! Magical stories with elements of the paranormal that all seem to center, at their core, around family. That's something you don't always see, or don't see enough.

So imagine my delight when I'm looking at Kickstarter and see that Doug TenNapel is raising money to publish a sketchbook archive! Now imagine my amusement when, looking at the pitch, I realize I've been a fan longer than I thought! Before I'd ever been introduced to his books, I'd played his games; "Earthworm Jim", "The Neverhood" and "Skull Monkeys"! So of course, I became a supporter.

Well, the sketchbook just arrived...actually it was 2 sketchbooks, as I decided to gift one to the friend who gave me that copy of "Creature Tech".

Here's a couple quick pics*...this thing is beautiful! If you like what you see, check out Doug's website http://tennapel.com/comics.html 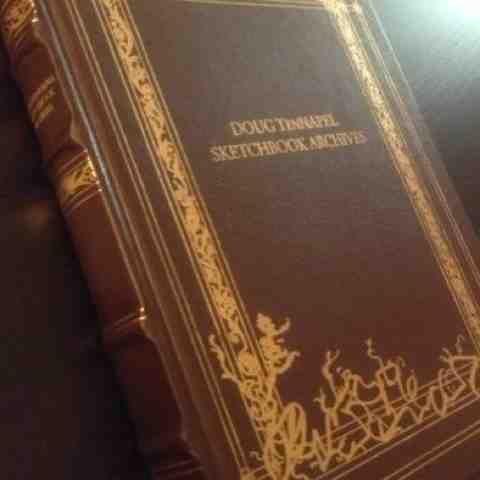 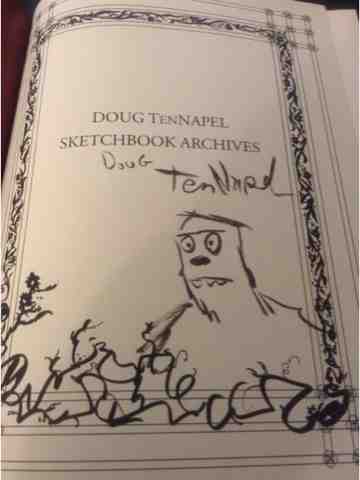 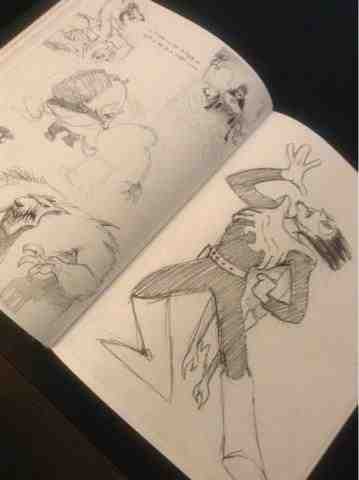 *a couple quick pics, because I only got a quick look...I opened the package as I was heading out to work. Can't wait to get home and sit down with this!
Posted by Unknown at 1:38 PM