The golden age gladiator is back for another adventure! Blue Beetle takes on...well...a guy who looks like a cross between a shaved ape and a vampire who goes by the clever name, the Octopus?! Read on...you'll understand! 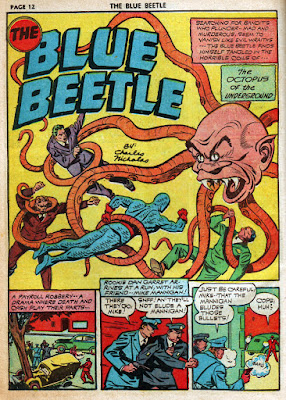 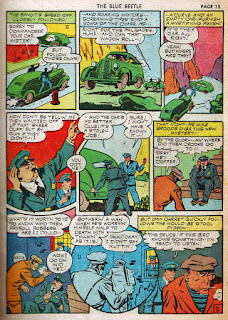 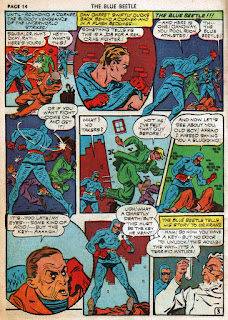 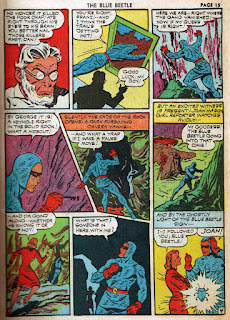 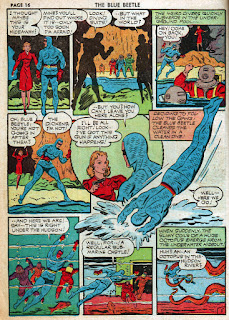 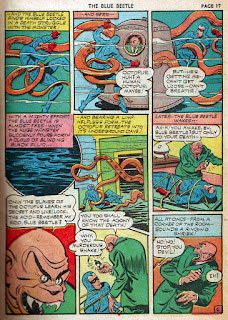 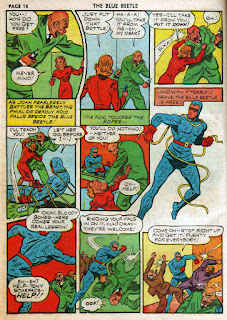 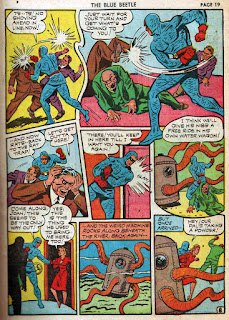 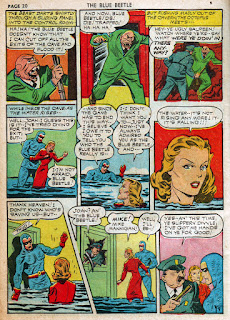 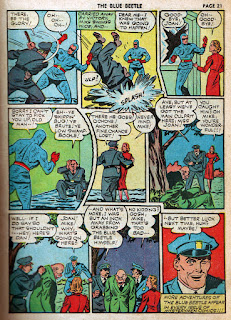