World War What The Kaji Dha

I've been enjoying the idea of using my "What The Kaji Dha Wednesdays" to blog about things outside the scope of our usual Blue Beetle topics...Firestorm, Scooby Doo, WWII soldiers who battle Nazis and monsters...what the Kaji Dha?!

Rob Kelly over at the Aquaman Shrine and Dan O'Connor have a great web comic called "Ace Kilroy", about a soldier called on by FDR to fight a terrible menace...the Nazis are dabbling in the occult, vamprism, and...Dracula! The "first mission" of the web comic was also collected into a great print version via a Kickstarter pitch. I came late to that particular party but in an incredible sequence of events*, still managed to get my hands on a copy...signed by Rob himself! It was a page turning blast! 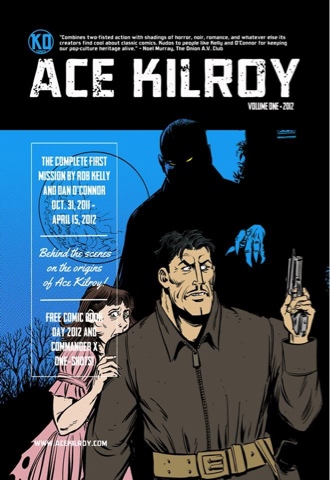 Well, the "second mission" is now heading to print, Ace versus Frankenstein AND the Wolfman! 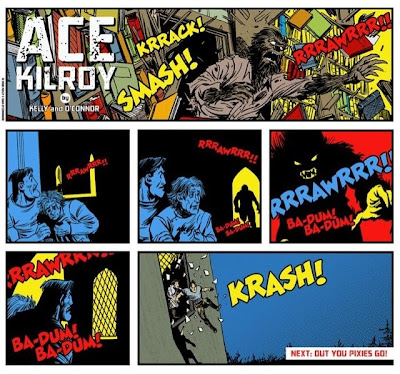 And guess what? There's a new Kickstarter project to support it! This time I got into the party early enough to get some of the cool bonuses too! (A custom Mego-style figure is one of them! How sweet is that?)** 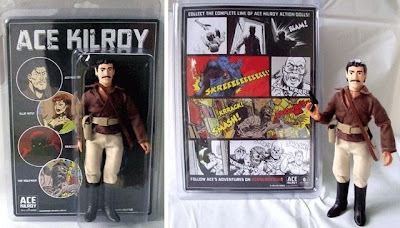 So, if you like war comics, monster comics, action, adventure...or if you just want to support a friend of Kord Industries...check it out! You'll be glad you did!

*(Ok, not so incredible...I ran into Rob at the Baltimore Comic-Con after sending him pics of my Aquaman collection to post on his blog...but still, I got me a copy!)

**(memo to self...look into making custom Mego-style Blue Beetles)
Posted by Unknown at 5:30 AM