This month we're looking at Blue Beetle in "Cargo of Doom", the last story from Fox's Blue Beetle #11. Last month I pointed out a slight change in the art, it was more moody than usual. This issue has some of those same qualities, and I may now understand why. I pull these golden age adventures from the Digital Comics Museum. The uploader of this issue added a note card to the end of the comic indicating the artist for "The Dead Don't Kill" and "Cargo of Doom" was Louis Cazaneuve, working under the "Charles Nicholas" pseudonym used by many creators at Fox. 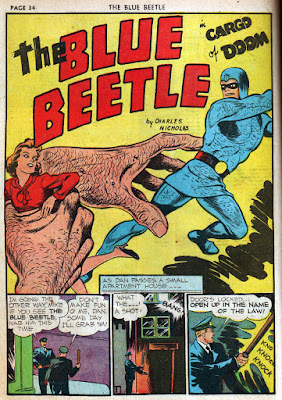 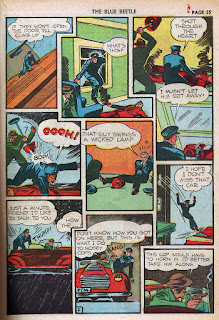 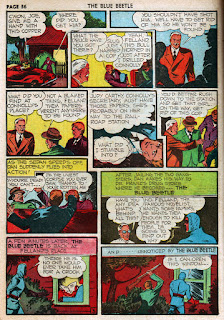 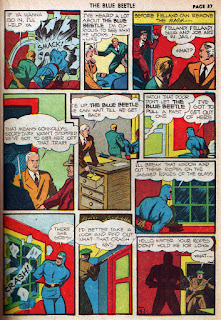 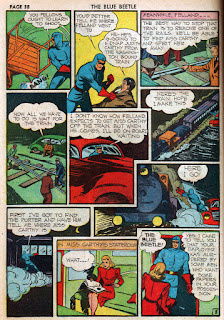 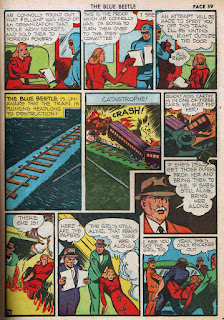 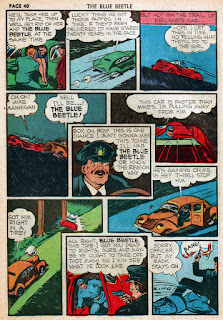 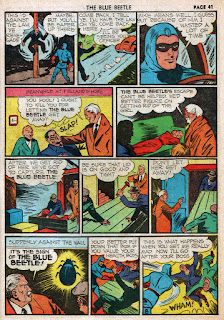 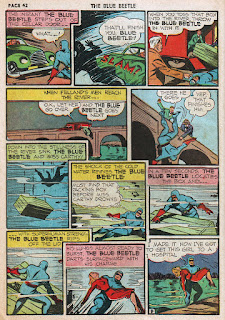 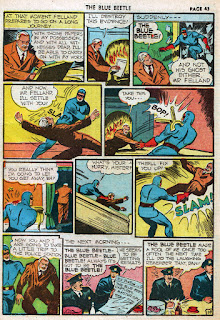