Last issue, Jaime went to S.T.A.R. Labs and ran into Livewire and Superman! This issue the guests stars keep on coming, including the return of our old friends the Posse! John Rogers and Rafael Albuquerque turn things up to 13 (you'll understand soon) with issue #16 and a story called "Total Eclipso: The Heart". 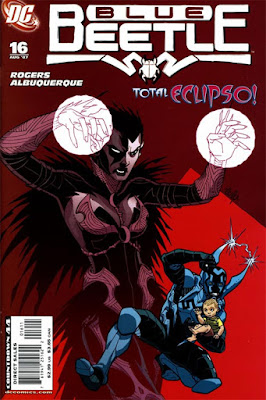 The issue opens with a bang, as Eclipso (#5, Jean Loring) makes her way through a burning building. Stepping past broken windows and over bodies, Eclipso is determined to get her hands on...a baby! Not just any baby either, turns out it's Alina, the baby of Posse member Bonita. Suddenly, "Moron says What-zap?" 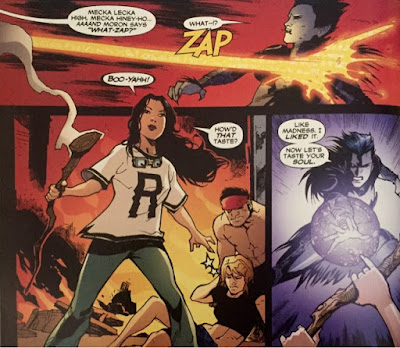 Traci 13, daughter of Doctor Thirteen, appears to save the day, or at least distract the villain long enough for the Posse to grab the baby and make a quick getaway.

At the Reyes family garage, Jaime and Paco are working on a car and talking about girls when one appears out of thin air...the previously mentioned Traci 13! Not only that, she knows Jaime is Blue Beetle and is here to enlist his help in taking down Eclipso and helping the Posse. They hop into Paco's car and Traci fills them in on all they need to know about Eclipso on their way to meet up with the Posse. 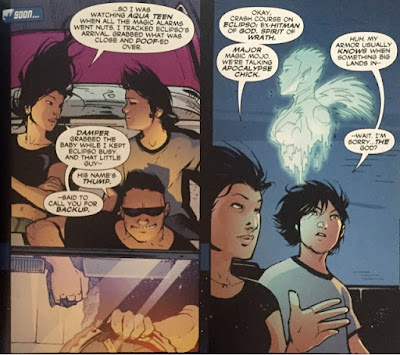 Problem is, when they get there, the Posse is wrapped up in "shadow weave", sort of like magical spiderweb. Jaime armors up and dives in to rescue them...and blacks out! 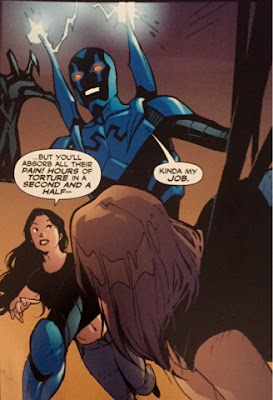 He wakes up with his head in Traci's lap, but even though they trade some flirty one-liners, it goes no further as Pinata of the Posse interrupts to say Eclipso is looking for a host. 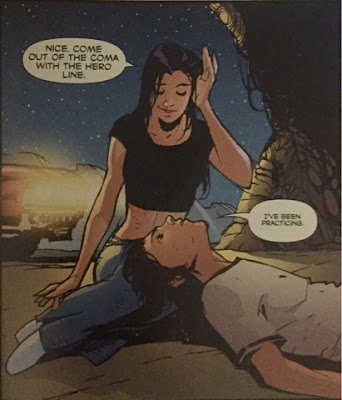 Believing that's why she's after the baby, Traci insists they get to consecrated ground fast! While Telling Jaime he should have tried to kiss Traci when he had a chance, Paco suggests they head to Old Settler's Church.

At the church they find Eclipso, holding the baby and preparing to tear it's heart out to make room for her own. Blue Beetle charges in but is stopped by Eclipso. Traci makes a move but is also stopped by a force field that blocks magic users, leaving Paco to play hero. He rushes in and grabs the baby, but Eclipso informs him his only way to leave is by fighting Blue Beetle. To make matters worse, Eclipso says she'll use her power to unleash Jaime's deepest darkest dream of power turning him into...a dentist?! 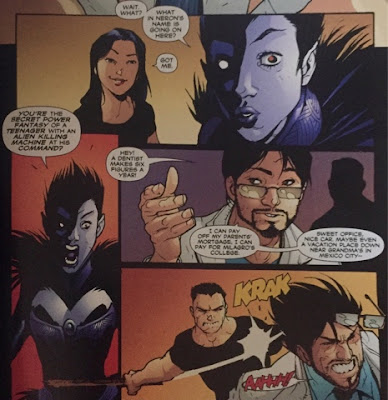 Paco cracks Jaime in the back of the head...which in any other situation would be bad, but it's not. Jaime's blood hits the floor of the church giving Traci the power she needs to banish Eclipso...and with good reason, as Traci reveals she was taken in by Ralph and Sue Dinby...and Jean Loring killed Sue! 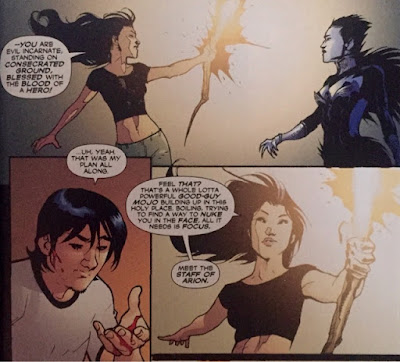 With the villain defeated, for now, Paco takes the baby to wait in the car as Jaime and Traci finally get that kiss! 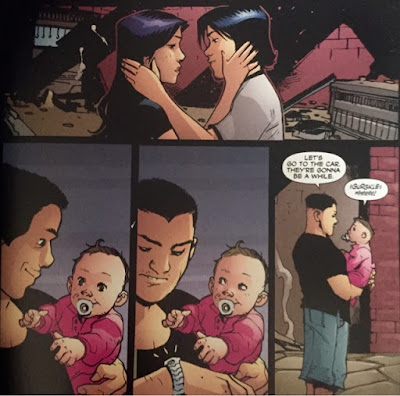 I LOVED this issue! I'm not sure I can put a finger on it, but it worked for me cover to cover! This is not my favorite version of Eclipso, I'm not that familiar with Traci 13...but this was a great read! Pure fun beginning to end!