I mentioned before, when I shared a pic and a link to my Aquaman collection, that I had a Blue Beetle collection. While it's not quite as impressive as my Aquaman collection (yet), I'm working on it. Part of that is my fondness for the Ted Kord Beetle and the fact that the majority of the recent merchandising has been centered around Jaime. And it's near impossible to find anything Dan Garret or Garrett! (I know, there's the Shocker Toys figure that was announced in 2010, and is still listed on their website for preorder...3yrs later) 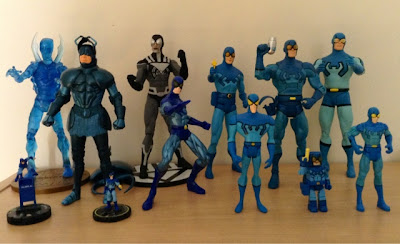