What the Kaji Cosplay?!

Way back in March, not long after I started this blog, I attended MegaCon in Florida. While there I caught a pic of this Blue and Gold duo! 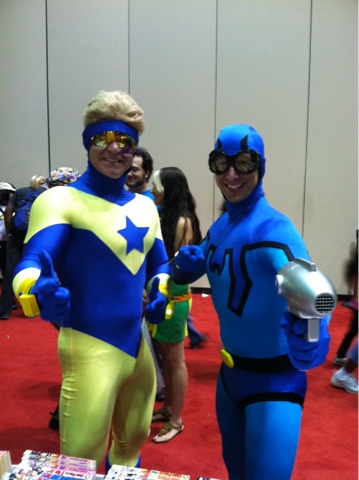 Flash forward to a few days ago and I get a message through the Kord Industries Facebook page from Rusty Winns, the Blue Beetle cosplayer in my pic! (Booster is his friend Jay Tallsquall) He was kind enough to share several other Blue Beetle cosplay pics with us...

I was curious, so I asked Rusty, what got him into cosplay?
Rusty: My workout buddy was a member of 300DC a group that costumes as the Spartans from 300. He asked me if I would like to join him at Dragon Con. From then on I was hooked. I am also a member of Costumers with a Cause. it is a group of us that use our costumes to brighten sick kids days.

That's awesome! A real hero! We'll have to talk again soon about that charity work! The next question has to be...why Blue Beetle?

Rusty: I have always been a DC fan. I read them growing up. When Crisis came out in the 80s they introduced Blue Beetle. I was hooked. I mean whats not to love?  A wise cracking, light hearted Batman.  As soon as his solo book was launched I rushed to the comic store to get it. I have been reading anything that contains Ted ever since. 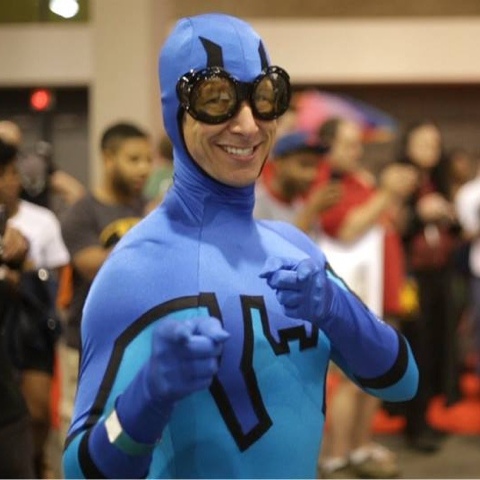 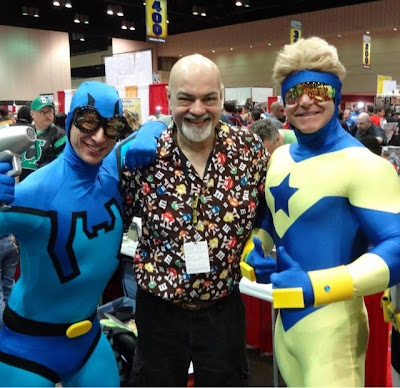 (Rusty and Jay with the great George Perez!) 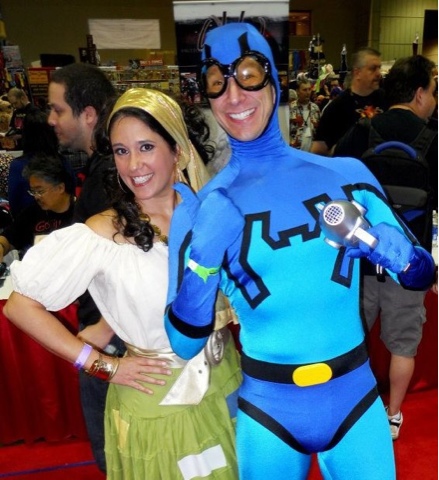 (with Echo Redbird as Gypsy) 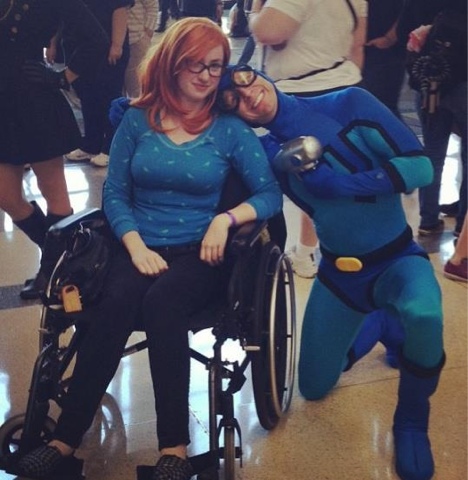 (and with Caroline Kilgore as Barbra Gorgon/Oracle)